We headed out today for our last day in the Appalachian Mountains. There was still a lot of climbing, but 1000 feet less than yesterday. Dogs were a huge problem today, perhaps ten dogs chased us in all. Really amazing, I find yelling at them still is the best deterrent, but one dog would not give up. I pulled out the mace and he seemed to know what that was! 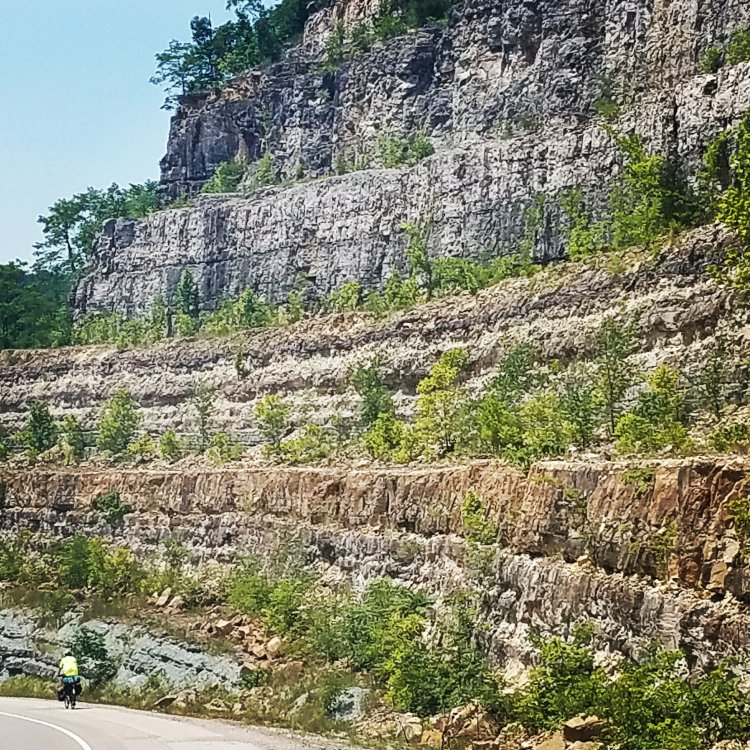 The roads were unusually narrow and busy so we were on high alert all day for that as well, but it was a satisfying ride and we were looking forward to visiting Berea and the unusual college there.

We arrived in Berea about 4pm and checked into the historic Boone Tavern and Hotel (really just a hotel).

After cooling off and cleaning up we had a light dinner and our first beer in a week, as most of eastern Kentucky is dry. Eager to explore the college the next day.

Berea is named after a town in the Bible whose residents were said to have open minds, as the founder of this college was a great crusader against slavery. He wanted a college that would include people, regardless of creed or color. (imagine, that was “openminded”) The college does not charge tuition, the students are required to take part in a work program. Traditional crafts are taught at this college, weaving, pottery, quilting, and basketry. 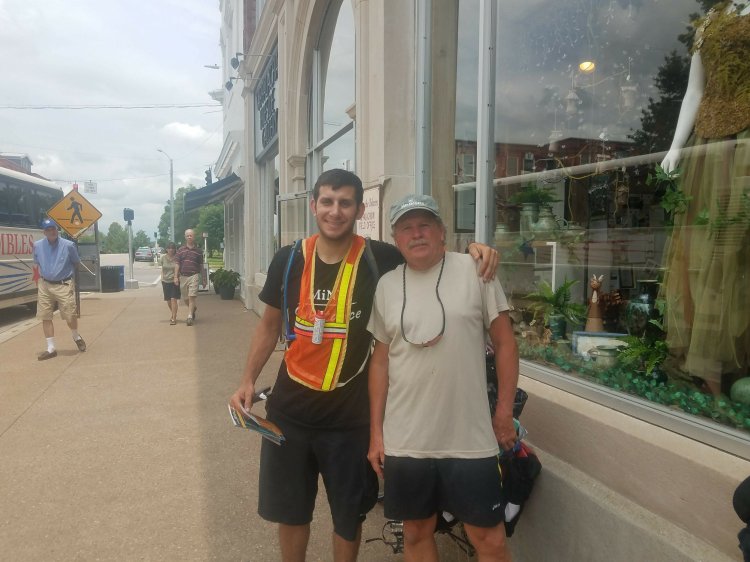 We spent the next day visiting the workshops of the students and the shops which sell their wares. We rode around the campus, hit the local bookstore and yarn shop and broke out the next map for our adventure into bluegrass country.